Your greatness is not what you have, it's what you give.

Wrapping up the quarter

Kathleen brought some hats and slipper socks to add to our collection before we started labeling everything this afternoon. 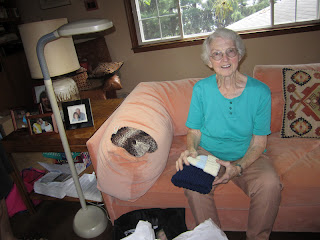 Liz also added hats and slipper socks at the last minute. And then we got to work attaching labels to everything. 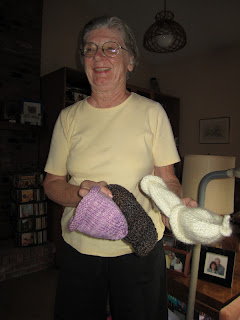 In this collection we gathered 16 hats, 5 pairs of slipper socks, 3 pairs of mittens and mitts, 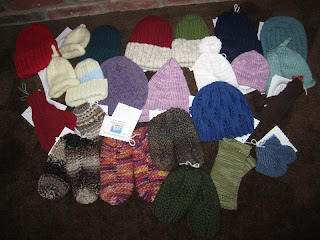 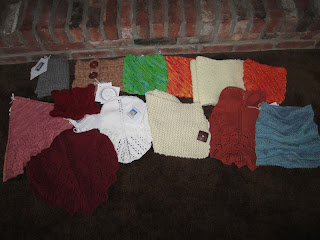 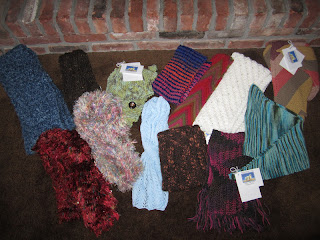 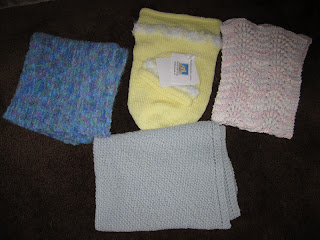 and 19 sweaters, 7 of which had matching hats. 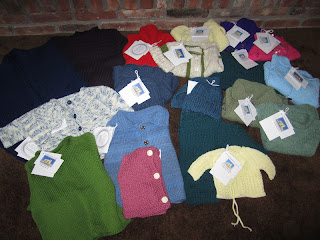 That's a grand total of 73 items to donate to St. Catherine's Center for Children in Albany.
Chicks, my hat is off to you for all your hard work and making this a plentiful assortment.
Thank you ladies!
Posted by Jody at 7:15 PM 1 comment: Links to this post

Remember this photo clue from last week's blog entry? Uncle Drew took Moose rock climbing!
The first thing to do was learn how to hold the rope for the climber. Moose and his parents were listening very carefully. After all, Mommy and Daddy Collins would be holding the ropes for Drew and Moose and no one wanted to fall!
"You want me to climb all the way up there?" I think this is about when Moose started to get nervous.
Uncle Drew was very encouraging but Moose enjoyed swinging from the ropes almost as much as he did climbing.
Even Leo did some climbing on his own, sort of.
He was very helpful with the ropes too.
After an hour or so of coaxing and encouraging, Moose couldn't let the cute little girls get ahead of him so he took off with Uncle Drew at his side, showing him just where to put his hands and feet.
They climbed higher and higher...
and higher until...
they made it to the summit!!! Moose was so proud of himself, as we all were.
He seems to be thinking, "I can't believe I was all the way up there!" He had so much fun that he's going to go back again on his next visit. It really did look like fun and I have permission from my physician to give it a try too. Who knows? You might see photos of me up there someday.
This week's donations from Liz start off with a seamless, top-down cardigan with cute confetti buttons. 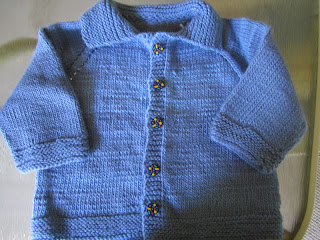 A cozy pair of slipper socks were another Liz contribution as was.... 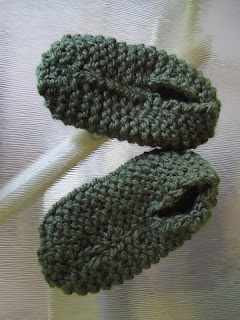 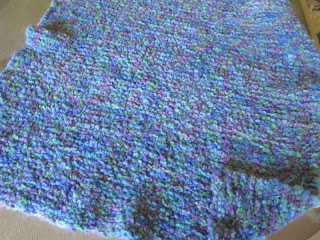 Kathleen made a warm scarf and 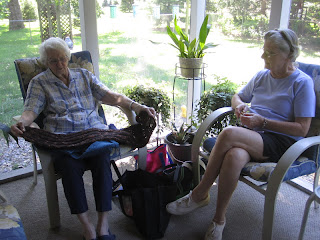 another cardigan and matching hat. 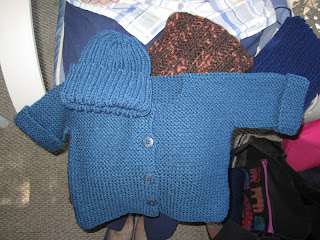 My ABABA scarf is getting longer but it seems to be taking forever! 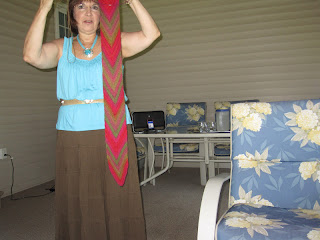 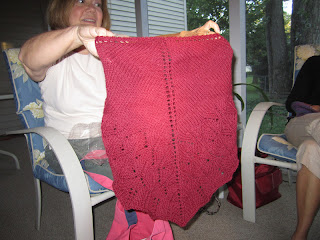 And we were treated to a viewing of her Mystery Knit-a-long shawl. 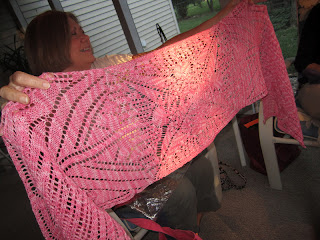 The pattern was released in sections to the KAL participants and Beth won by being the first to finish. Beautiful knittng! 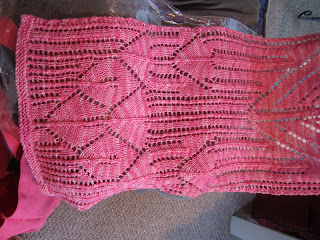 Now she's working on a pair of fingerless mitts called Green Thumb. You can purchase the pattern on Ravelry. 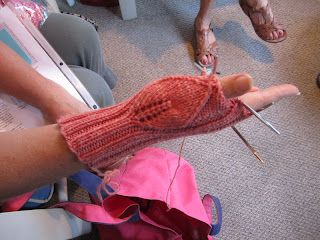 Maureen decided to knit a hat that Carole made a few weeks ago. Such pretty stitching. 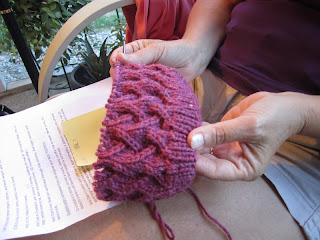 And Carole's shawl has grown some more. Slow and steady. 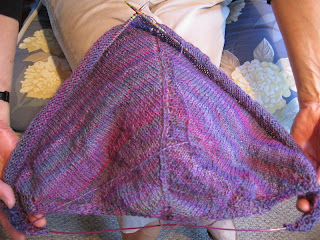 Well, I need to get back to my scarf. Have a great week.

Look who turned one! Oh yeah, and some knitting too!

I had a weekend of birthday celebrations, all for my grandson Leo, who turned one year old on Sunday. It was a bit of a project to get him to stay still long enough for a photo but with big brother Moose on the case,  I managed to get one photo that wasn't blurry. But you can tell by the body language that Leo was not going to pose for long! 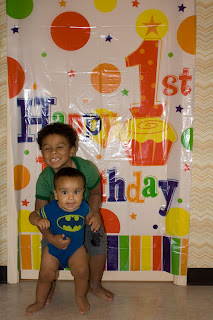 At his house in Pennsylvania, Leo had his first party with aunts, uncles, and cousins. He was most amused with the musical greeting card.
Mommy made his special shirt with the whale squirting the number one from his blowhole, appropriate since Leo is sometimes called "Squirt".
Mommy made a delicious spread for the party. Moose ate at least 6 of those hot dog bites!
And the homemade pumpkin cupcakes were delectable!
Leo really enjoyed the deviled eggs. His Daddy has a good aim. This could have been disastrous!
After everyone sang "Happy Birthday" Leo couldn't wait to dig in to his first taste ever of a real dessert. I'd say he got a good portion into his mouth too.
Then it was on to opening gifts. Big brother Moose helped when Leo had trouble with reading the cards.
Now if you've been following the blog for the last month or so, you have seen the progress on the sock blankie I was knitting for Leo. The time finally came for him to open the gift and I caught this expression as if he's saying, "It's my very first birthday and all I got was this blanket!"
But I know he'll love to cuddle with it when the weather cools down a bit.
While still in Pennsylvania we had the chance to visit Dino Don's Dinosaurium. It's in the Granite Run Mall and it's really cute. We started out watching a short video on evolution and creation. It must have been real interesting to keep Moose's rapt attention like that.
As we moved on we saw big, noisy dinosaurs...
and even had the chance to take target practice on some. Check out the fancy shooting on Moose!
And you can't go to Dino Don's without the scary photo op!
Leo was content to play with the dinosaur puzzles...
And practice his walking skills
While on the fossil dig Moose found some large and small bones and a few fossils to keep. Maybe the next Dr. Alan Grant?
Another cute feature at Dino Don's was the dress-up box. There were roars and growls everywhere!
On Saturday the boys and their parents came up to New York for a few days at my house and we celebrated Leo's actual birthday with a peanut butter ice cream cake.
It was also Leo's first time to taste ice cream.
He knew exactly what to do with it!
On Monday afternoon Moose went to visit the Giant's Training Camp on the SUNY campus in Albany. Can you guess who his favorite quarterback is?
And there's Eli on the left in the red jersey. It wasn't easy getting his picture. He didn't stand still long enough!
That's all the family news for now except a preview of what we did yesterday. Can you guess?
Amanda visited bearing donations for our Chicks' current project. She designed this beautiful cabled cowl and when she's not too busy with the two boys she might even get to write the pattern down and sell it on Ravelry. The buttons were from my grandmother's button box from when I was a child. They matched the yarn beautifully! 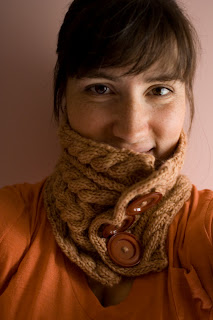 She also designed and knitted this hat and scarf set to donate. Isn't she beautiful?! 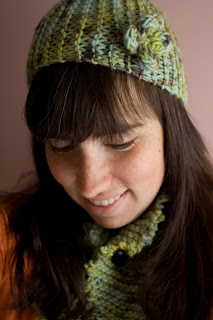 I put the Wingspan aside for awhile and started the ABABA scarf, a free pattern on Ravelry.
I'm using Mini Mochi yarn from Crystal Palace and LOVING the colors!
Beth finished the Baktus scarf using a discontinued colorway from Periwinkle Sheep.
Carole made lots of progress on her shawl that she started last week.
And Amanda started another scarf for us. I'm going to have to put her name in the roster too. She's been as productive as any of the rest of us!
Since Maureen finished the yellow blanket she was surfing the internet for new patterns and discussing it with Beth but just couldn't find the right one. Sometimes you just have to take a rest from knitting.
Just not too long a rest!
Make sure you come back next week so you can see what else Moose and his Uncle Drew did this week.
Posted by Jody at 4:21 PM 1 comment: Links to this post

Our mission is to use the talents God gave us to benefit those in need.

To knit for causes such as homeless shelters, hospitals, charities, and hospices near or far being limited only by the needs made known to us.

To encourage each other and forge strong friendships along the way.

To respect each other's differences and support each other in stressful times.

To leave our troubles at home and enjoy two hours of gossip-free, productive time.

To share our knowledge of new or different techniques and praise each other's accomplishments.

And lastly, to enjoy ourselves. 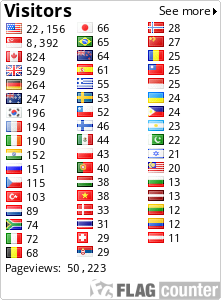 Groups to whom we have made donations

Some of my favorites knitting sites

Chicks with Sticks of Glenmont NY